Friends of Tusculum University,
a trip to the 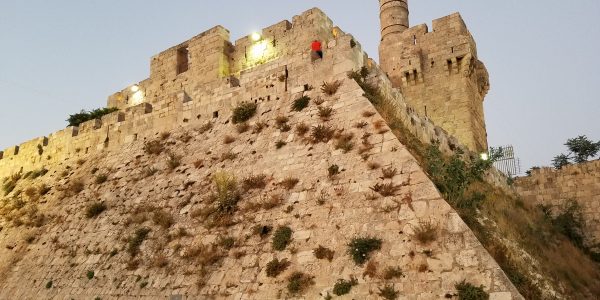 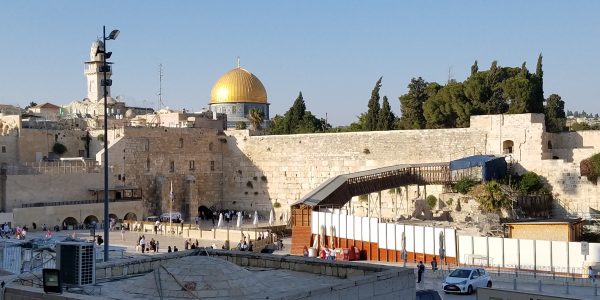 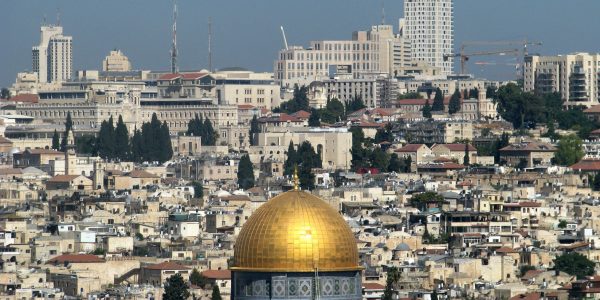 JUNE 17 – Our pilgrimage begins as we depart the United States on our international flight.

JUNE 18 – We will be welcomed to the Holy Land by our guide and taken to our bus to begin our tour. We’ll begin with a visit to the seaside village of Jaffa, the setting for two well-known events in the Bible: Jonah and the whale and Peter’s vision of the clean and unclean animals. After our visit there we will go to our hotel in the Tel Aviv area for dinner and overnight.

JUNE 19 – We will drive along the coast of the Mediterranean Sea to Caesarea by the Sea. There we’ll see the Roman ruins of the great Theater and Aqueduct, as well as the Crusader city later built on this site. This is the place where Paul left for his final missionary journey. We’ll continue to Mt. Carmel where Elijah confronted the prophets of Baal. Next we’ll travel to Megiddo, also known as Armageddon. This is the place where Christians believe the final great battle of the world will be fought. We’ll travel to Nazareth where the angel appeared to Mary to announce that she would be the mother of God’s Son. This is also the place where Jesus spent his childhood years. From there we’ll drive through Cana where Jesus performed his first miracle as we proceed to Tiberias for dinner and overnight.

JUNE 20 – Today we’ll begin with a Boat Ride across the Sea of Galilee where we’ll stop for a devotional service. We’ll then visit Kibbutz Ginosar where we’ll see the ancient boat from the time of Jesus. From there we’ll go to Tabgha, the site of the miracle of the multiplication of the loaves and fishes. Nearby we’ll stop at Capernaum, the area where Jesus spent most of his ministry. We’ll end our day with a visit to Magdala, a recent archaeological discovery with a synagogue from the time of Jesus. After our visit there we’ll return to the hotel for dinner and overnight.

JUNE 21 – Today we will begin with a visit to Hazor, a Canaanite city that was destroyed by Joshua – the largest archaeological site in Israel. We’ll continue to Caesarea Phillipi at the foot of Mount Hermon, the ancient Roman city where Peter first confessed Jesus as the Son of the living God. We will finish the day with a visit to Dan, a city mentioned in the Old Testament where King Jeroboam built a temple. Here you’ll see a fascinating complex of city gates from various time periods. When we read through the Old Testament we learn how important the city gates were in the culture of that time. Dan is also a beautiful nature reserve where one of the three tributaries of the Jordan River begins. After our visit, we will return to the hotel for dinner and overnight.

JUNE 22 – Today we’ll begin with a visit to the Jordan River. After some time there to reflect on baptism, we’ll continue with a drive to see the Roman ruins at Beit She’an, which was continuously inhabited for 5000 years. From there we’ll continue to Zippori, not far from Nazareth and a center of learning during the time of Jesus. We’ll see the beautiful mosaics and get a feel for the area where Jesus grew up. We’ll finish our day at Mount Arbela with a beautiful view over the Sea of Galilee before returning to our hotel for dinner and overnight.

JUNE 23 – This morning we’ll travel along the Jordan Valley on our way to Masada, the amazing mountain-top fortress built by Herod and site of the final battle in the Jewish Rebellion against the Romans. After our visit there, we’ll drive along the Dead Sea, passing the springs of Ein Gedi on our way to visit Qumran where the Dead Sea Scrolls were discovered. From there we’ll stop at the Dead Sea where we’ll be able to touch the water. We’ll finish our day with a drive through the Judean Wilderness on our way up to Jerusalem for dinner and overnight.

JUNE 24 – Today’s tour begins at the Mount of Olives where we’ll see a breathtaking Panoramic View of the Old City of Jerusalem. We’ll view the Temple Mount with the Dome of the Rock Mosque at the center of the picture, as well as other sites of interest in and near the Old City. We’ll walk a part of the Palm Sunday Road to the Garden of Gethsemane where Jesus went with the disciples on the final night before his crucifixion. There we’ll visit the Church of All Nations and the garden with its ancient olive trees. Next we’ll walk through the Kidron Valley where we’ll see the monuments of Zachariah the Prophet and Absalom. We’ll continue to Mount Zion. On the slopes of this famous hillside we’ll visit the House of Caiaphas where Jesus was imprisoned for a night. Finally we’ll return to our hotel for dinner and overnight.

JUNE 25 – This morning we will begin our visit in Jerusalem with a stop at the City of David. We will visit King David’s Palace, Pier Warren, the water system of Jerusalem from the time of King David, and Hezekiah’s Tunnel. Next we’ll visit the excavations at the Pool of Siloam, where Jesus told the blind man to wash himself and his sight was restored. We’ll continue to the Davidson Center near the Temple Mount for a virtual reality presentation about a visit to the Temple at Passover at the time of Jesus. Before leaving this area we will visit the Southern Steps which were the primary entrance to the Temple used by millions of pilgrims, as well as by Jesus. From there we’ll visit the Burnt House and the Herodian Quarter with ruins from the burning of Jerusalem and the destruction of the Temple in 70 AD. We’ll then return to our hotel for dinner and overnight.

JUNE 26 – This morning we will begin with a visit to Lachish, site of a campaign by the Assyrian king Sennacharib to bring the rebelling kingdoms back under control during the reign of Hezekiah. From there we’ll proceed to Beit Shemesh, the first city where the Ark of the Covenant was placed after it was recovered from the Philistines who had captured it in battle. We’ll finish the day at the Elah Valley, the site where David killed Goliath.  After our visit there we’ll return to the hotel for dinner and overnight.

JUNE 27 – Our day will begin today with a visit to the Western Wall, the place most precious for Jews around the world. We’ll walk through the tunnel that goes under the streets of today with pavement from the time of Jesus. We’ll continue from there to the Pool of Bethesda where Jesus healed the crippled man. We’ll sing a hymn in the Church of St. Anne before we begin our walk down the Via Dolorosa, following the path Jesus took to the cross. We’ll visit the Church of the Holy Sepulcher and walk through the fascinating Arab market. We’ll tour the Jewish Quarter where we’ll see the Roman Cardo and other sites of interest. At the end of our visit there, we’ll return to our hotel for dinner and overnight.

JUNE 28 – Today we’ll begin with a visit to Yad Vashem, the memorial to the Holocaust victims. Nearby, we’ll visit the Israel Museum which houses the Dead Sea Scrolls. We’ll view the Israeli Knesset, seat of the Israeli Parliament and government offices, and see the Model of First Century Jerusalem. We’ll finish our visit to the Holy Land with a very special service of Communion at the Garden Tomb. We’ll return to the hotel for our Farewell Dinner and overnight.

JUNE 29 – We’ll arrive home filled with new insights and understanding of the life and land of Jesus.

For any questions, please email the President of Tusculum University at president@tusculum.edu