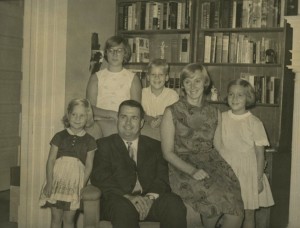 Douglas Trout received his B.A. from DePaul University in 1952 and his B.D. from McCormick Seminary in 1957.  He served as an Army chaplain and Presbyterian minister before continuing his education at Michigan State University.  At Michigan State, Trout worked as a student advisor and Administrative Assistant to the Director of the School for Advanced Studies.  In 1965, he earned his Ph.D. while working at Michigan State.  When he arrived at Tusculum College, Trustees, faculty and students met him with great confidence.  He was 34 years old and better in-tune to students and their needs.  Trout’s first duties were to restore the reputation of Tusculum College and remove Tusculum College from SACS probation by improving faculty and administration.  To recruit more educated faculty and staff, Trout increased pay rates by 46 percent.  Trout saw the Charles Oliver Gray Complex built, updated/remodeled many campus buildings, added onto Katherine Hall, increased student enrollment, and converted the Mundy House into student housing.  He also began fundraising for the “SUB” (Student Union Building), but construction on this building was not completed for another 10 years.  Trout focused Tusculum College’s student recruitment efforts on more residential students and away from commuters.  After Tusculum College, he created a consulting firm to help other colleges caught in troubled times.