TUSCULUM UNIVERSITY >  OFFICE OF THE PRESIDENT > Past Presidents 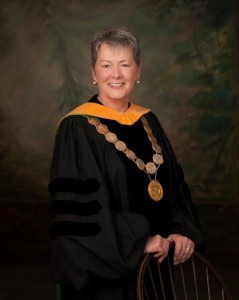 Nancy Burch Moody received her associate and bachelor’s degrees in nursing from Eastern Kentucky University, her masters of science degree in nursing from Texas Woman’s University (Houston Campus), and a Doctor of Science in Nursing and subsequently her Ph.D. from the University of Alabama School of Nursing in Birmingham. She practiced nursing for several years in Kentucky and Florida prior to beginning a lifelong career in higher education, initially rising from an instructor through the ranks to Associate Professor and Dean of the School of Professional Studies at Lincoln Memorial University. 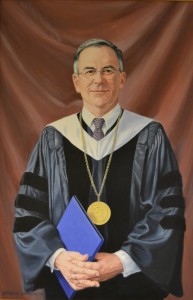 Russell “Rusty” Nichols earned his A.B. degree from Wabash College and a Ph.D. from Purdue University.  Hillsdale College honored Nichols with an Honorary Doctor of Laws for his 12 years of service in a number of positions.  He also held administrative positions at Eastern Illinois University and Wabash College.  The Hanover Presbyterian Church ordained Nichols as an elder.  He served on the Indiana Education Roundtable, which makes policy decisions for pre-school through college students, and on an advisory committee of Indiana Vocational Technical College.  Nichols remains active with civic organizations and serves on a number of committees and boards.  Wabash College awarded Nichols with the Clarence Jackson Career Service Award for his contributions to higher education.  Just a month after retiring from his twenty year presidency of Hanover College, Russell Nichols became the Interim President of Tusculum College.  The Board asked Nichols to preside over Tusculum College for a year until a permanent president could be found.  On top of his accomplishments, Nichols brought his motivational and team building skills to Tusculum College.  His term extended into a second year and despite repeated offers, he declined offers to become the next president of Tusculum College. 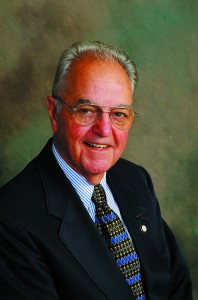