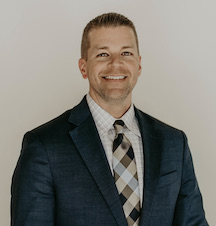 Dr. Travis B. Williams is a professor of Religion, specializing in the ancient Jewish and Christian traditions. He teaches introductory courses in Hebrew Bible and New Testament, along with a variety of upper-level modules on subjects related to Jesus and the Gospels, the apostle Paul, and the Dead Sea Scrolls. In all of these courses, he makes it his aim to help students become critical but empathetic evaluators of the thoughts, ideas, and belief systems generated by the texts of ancient Judaism and early Christianity so that they might be able to actively participate in, and meaningfully contribute to, their world—whether that be in the field of academia, in a congregational setting, or in other pursuits.

Outside the classroom, Dr. Williams travels both nationally and internationally speaking at academic conferences, local churches, and other community organizations. Some of the topics on which he regularly lectures include persecution in early Christianity, the text and canon of Scripture in light of the Dead Sea Scrolls, and the historical Jesus in memory and oral tradition. For a number of years, he has also worked to coordinate Tusculum’s Theologian-in-Residence program, a lecture series designed to stimulate local pastors and laity through theological discussion.

During his time at Tusculum, Dr. Williams has been engaged in an extensive research agenda. His areas of specialty include the Catholic Epistles of the New Testament and the Dead Sea Scrolls. The letter of 1 Peter has been a particular focus of his research. Over the past few years, he has published extensively on this epistle, including two major monographs (Persecution in 1 Peter: Differentiating and Contextualizing Early Christian Suffering. NovTSup 145. Leiden: Brill, 2012; and Good Works in 1 Peter: Negotiating Social Conflict and Christian Identity in the Greco-Roman World. WUNT 337. Tübingen: Mohr Siebeck, 2014) along with a number of articles and essays. He is also co-authoring (with David G. Horrell) the 1 Peter volume for the prestigious International Critical Commentary series. In the field of the Dead Sea Scrolls, Dr. Williams has written on the pesher commentaries, particularly as they relate to the phenomenon of inspired exegesis, and he has recently completed a monograph on the Teacher of Righteousness (History and Memory in the Dead Sea Scrolls: Remembering the Teacher of Righteousness. Cambridge: Cambridge University Press, 2019). He is currently examining the Scrolls within their ancient media culture. Related to this, he is editing a volume that considers what the Scrolls reveal about oral and written forms of communication in antiquity, and he is writing a monograph that explores how the size of bookrolls impacted reading practices within ancient Mediterranean book cultures.

To view samples of his published work, visit http://tusculum.academia.edu/TravisWilliams