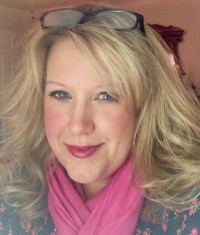 Angela Keaton, Professor of History, joined the Tusculum Department of History and Museum Studies in 2006 after earning her Ph.D. from the University of Tennessee-Knoxville.

Keaton has published work focused on both history and pedagogy. Her article, “Backyard Desperadoes: American Attitudes Concerning Toy Guns in the Cold War Era” published in the Journal of American Culture, earned the Carl Bode Award for the best article published in that journal in 2010. The Teaching Professor has published her work on teaching professionalism in 2015 and 2017.

Keaton enjoys working with local historical societies and giving numerous public talks each year ranging in subject matter from early American material culture to the history of food. She is currently working on her forthcoming manuscript, which examines firearms in the United States in the last period in which guns and gun use received little criticism. The work covers the post-World War II period and investigates the many ways Americans used and celebrated firearms before this “golden age” came to an abrupt end in the 1960s due to a host of political, cultural, and social factors.

She has served in a variety of leadership positions at Tusculum and earned the Tusculum Excellence in Teaching and Campus Leadership Award in 2009 and 2018 in addition to be awarded a National Living Alumni Faculty Award in 2018. She teaches American history as well as classes on research, gender, Asia, and the contemporary Middle East.  You can contact Dr. Keaton at akeaton@tusculum.edu or (423) 636-7300 Ext. 5692

CMNS 251 Theory and Practice of Citizenship