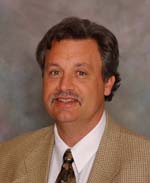 Since his arrival in Greeneville in 1997, TU women’s soccer has established itself as one of the most formidable programs in the South Atlantic Conference and NCAA Division II. Since 2000, the Pioneers have claimed either the SAC regular season championship, the SAC Tournament title or advanced to the NCAA II Tournament in all but three seasons. During his storied tenure, Joy’s teams have claimed four SAC Championships and four SAC Tournament titles in the last nine years. Tusculum has also accounted for a remarkable 14 straight non-losing seasons during Joy’s watch.

Coach Joy’s squads have grown accustomed to facing tough competition, as TU traditionally plays a challenging schedule consisting of a number of Top 25 opponents. His desire to face some of Division II’s best teams makes Joy’s 200-91-21 coaching record at Tusculum all the more impressive. He is one of the winningest all-time coaches in NCAA Division II women’s soccer, ranking fifth with 276 total victories and 16th with a .704 career win percentage. With a 67-25-7 record (.712) against SAC opponents, Joy ranks second all-time among SAC women’s soccer coaches in league victories (67). He also places second with 190 overall wins (since 1998).

The Pioneers battled to a third-place finish in the SAC in 2011, despite facing three nationally-ranked opponents and dropping three games in overtime. Tusculum finished 10-7-2 overall and 5-4 overall, highlighted by a five-match winning streak at midseason. The Pioneers’ run in the SAC tournament was derailed by a loss in penalty kicks on the road in the quarterfinal round.

Despite a rash of season-ending injuries to key players, the Pioneers persevered to a 9-9-1 record in 2010. A 1-0 overtime upset of second-seeded Carson-Newman on the road in the SAC quarterfinals propelled Tusculum to the SAC semifinals for the 10th time since joining the conference full-time in 1999.

Tusculum returned to prominence during the 2009 season, posting a 15-5-3 record en route to the program’s fifth NCAA Tournament appearance. Joy guided the Pioneers to the program’s 12th straight winning season, including Tusculum’s first-ever win over 2007 national champion Tampa. The Pioneers posted a 6-2 record in SAC play, finishing second in the conference behind Carson-Newman while advancing to the semifinal round of the SAC Tournament.

The Pioneers received an at-large bid to the NCAA Tournament after their semifinal appearance in the SAC Tournament, defeating conference foe Newberry 2-1 in the opening round before falling to host and archrival Carson-Newman 1-0 in the second round. Three Pioneers earned All-Region honors, while junior midfielder Courtney Turner was named to the NSCAA/adidas All-America Team for the second time in her career.

The Pioneers posted their 11th consecutive winning season in 2008 with a 10-9-1 record, finishing fifth in the SAC standings with a 4-4 mark in conference play. Tusculum received a total of 14 individual honors, including Danielle Tanner who was named SAC Player of the Year for the first time in program history. Tanner was also tabbed as the Daktronics All-Southeast Region Player of the Year while becoming the first player in school history to record back-to-back 20-goal seasons.

His 2007 squad posted a 15-7 worksheet facing one of the toughest schedules in the country. The Pioneers made their third straight NCAA Tournament appearance, earning the top seed in the Southeast Region. The Pioneers won six of their last eight matches to advance to the Regional finals before falling at No. 6 Columbus State. TC finished the year ranked No. 14 in the country, marking the third straight season Tusculum has ended the year nationally ranked. Three players earned All-Region honors, while Turner was named to the NSCAA/NCAA II All-America Team.

In 2006, the Pioneers didn’t claim the SAC Championship or SAC Tournament title for the first time in seven years. But Tusculum made its strongest national postseason run in school history, posting regional wins over Armstrong Atlantic State University and Carson-Newman University to claim the 2006 NCAA II Southeast Region Championship and advance to the NCAA Elite Eight for the first time in school history. Tusculum’s No. 8 NSCAA/NCAA II national ranking was the best listing at the end of a season in school history. Tusculum ended the year 14-3-3. Three players garnered All-Region accolades, while defender Ashley Moreira was named to the NSCAA/NCAA II All-America Team.

Joy’s 2005 Pioneer squad concluded the season with a 12-6-2 record and a No. 18 national ranking in the final NSCAA/NCAA II poll. TC earned its second NCAA Tournament berth and was the top seed and host for the Southeast Regional. The squad also captured its fourth Food Lion SAC Tournament championship. Five Pioneer players were named to the All-South Atlantic Conference Team, while two players earned All-Region recognition.

In 2004, Tusculum concluded the season with a 14-4-1 overall record and a 6-1 SAC mark, which tied the Pioneers with eventual NCAA Final Four participant Carson-Newman atop the final league standings. When the campaign came to a close, TC had faced five Top 25 opponents in a total of six matches, posting a 3-1-1 record in those contests.

The 2000 campaign was a new season and a new century for the Pioneers and what a year it was. The Pioneers recorded an impressive 19-3 record, including a perfect 7-0 mark in league play while capturing the SAC regular season and tournament titles. TC outscored the tournament opposition by a 21-0 margin and became only the second SAC squad to win both titles outright in a season and the first to do so since 1991. The 2000 team smashed the record books by establishing or matching 23 team and individual school records, 11 SAC records and one NCAA Division II record.

Joy’s 2001 team took over where the 2000 team left off. The Pioneers captured both the regular season and conference tournament championships for a second consecutive season, finishing with a 16-2-3 overall record and 5-1-1 mark in conference play. Tusculum became the first school in SAC history to win back-to-back outright regular season and tournament titles.

Faced with yet another tough schedule,, his 2002 team went 13-7-1, winning a share of its third straight SAC title. The schedule included all three teams that held the No. 1 national ranking that year.

After several years of just missing the cut, Joy’s 2003 team reached the NCAA Division II Tournament, advancing to the Southeast Region final before bowing out to eventual national champion Kennesaw State. Prior to the season-ending loss, the squad had played some of its finest soccer of the season, putting together four straight shutout wins, including three in the SAC Tournament, to claim its third tournament title in four years.

A native of Dallas, Texas, Joy came to Tusculum after a successful five-year run at Midway College. While at the Midway, Ky. school, Joy posted an impressive 86-25-5 record, while capturing five consecutive Kentucky Intercollegiate Athletic Conference (KIAC) titles. He also guided the Eagles to a record five NAIA regional championship appearances. Joy’s teams claimed two Mid-South Region titles and earned back-to-back berths in the NAIA National Championships in 1994 and 1995. His squads were also ranked in the NAIA Top 20 during all five seasons, and remarkably, his teams never lost a conference match during his watch.

For his efforts, the 1978 University of Kentucky graduate has earned NAIA District 32, NSCAA/Umbro Midsouth and Great Lakes Region Coach of the Year accolades. More impressively, he has been nominated three times for National Coach of the Year consideration.

In 1990, Joy returned to his alma mater to start the women’s soccer program at Kentucky. While competing as a club team, the Lady Kats posted a 20-12-2 record during his two seasons in Lexington. Joy served double-duty on the Pioneer athletics staff for three years, also acting as head coach of the Tusculum men and women’s tennis programs. In his successful three-year run at the net, he accounted for a combined 79-64 record for both programs. The 2000-01 season was his finest, as the men’s squad posted a 13-8 tally and finished third in the South Atlantic Conference. The women’s team also shined that year, as the Pioneers went 13-10 and became the first Tusculum team to earn a berth in the NCAA Division II Tournament.

For his efforts in the 2000-01 season, Joy was honored by his peers as the recipient of the Art Argauer Award, which recognizes the Tusculum College Coach of the Year of the school’s 14 sponsored sports. He earned the Argauer Award again in the 2006-07 campaign.

Joy and his wife Kathy are the proud parents of three children, Heather, Lesli, and Justin. Heather graduated from Tusculum in 1999 after two seasons as goalkeeper. Lesli is a graduate of Midway College, and Justin currently lives in Lexington, Ky. Coach Joy also has one grandson, Tyler and four granddaughters, Madison, Brooklynn, Jaydan, and Briana.