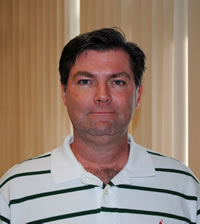 A native of Oklahoma, he was raised in the Washington, D.C. metropolitan area before moving to East Tennessee during his eighth grade school year. Living in the nation’s capitol began his interest in politics and government. He received his Bachelor of Arts degree from the University of Tennessee in political science, with a minor in cultural studies that focused on Asian culture. He earned his master’s degree and doctorate in political science, also from the University of Tennessee.