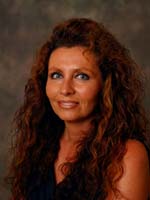 She is serving as chair of the South Atlantic Conference Compliance Officers Committee and the SAC Senior Woman Administrators committee.

She is married to Mr. Scott Davis and they are the parents of two daughters, Kandice and Amber and have two grandsons, Ty and Trey.