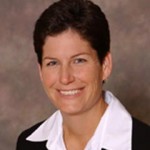 Dr. Byrd returned to the Tusculum in 2010 after previously serving as the Pioneers’ women’s basketball coach from 2000-05.  In 2002-03, she led the Pioneers to a third place finish in the South Atlantic Conference and was named the league’s Coach of the Year for that season.

While on the Tusculum sidelines, she mentored five All-South Atlantic Conference performers, including Julie Maples, who was a three-time recipient of the SAC Scholar Athlete Award for Women’s Basketball.  In 2005, Maples was also the recipient of the SAC Presidents’ Award, the league’s most prestigious honor awarded to a student-athlete.

She has also served as the women’s basketball coach at Coker College and at the University of North Carolina at Pembroke.  Before coming to Tusculum, she spent one season on the staff at NCAA Division I Elon University.  In 1994 at Coker, she garnered Conference Carolinas (formerly Carolinas Conference) Coach of the Year honors.

Dr. Byrd was an honor student throughout her academic career, beginning at Louisburg College, where she graduated with her Associates Degree of Arts in 1986.  At Louisburg, she lettered in basketball and softball and was an All-Region catcher.  She later earned her B.S. in Health and Physical Education in 1989 and her M.Ed. in Physical Education Administration in 1990, both from East Carolina University. She has earned an Ed.D. in Education Leadership and Management from Capella University.

Coach Byrd, and her husband Joe, reside in Greeneville.