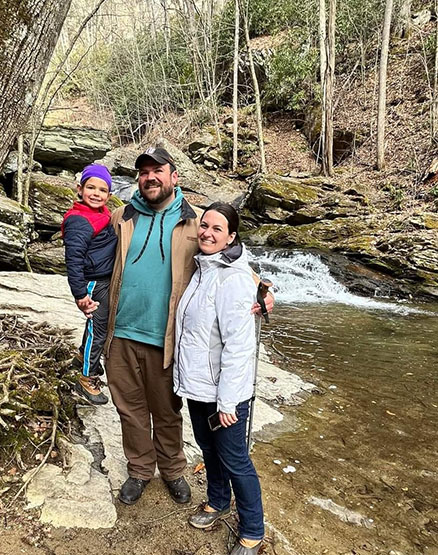 He completed undergraduate research in botany investigating caffeine’s effects on plant growth which earned him the Derieux Research Award from CANCAS. He completed his graduate research on the Phylogenetic Analysis of the genus Tsuga which earned him the Marcia Davis Research Award for Graduate Research in Conservation of Natural Resources from ETSU. Alongside that research he worked on a team of scientists that mapped the spread of the Hemlock Woolly Adegid in Carolina Hemlock populations along the Blue Ridge Parkway and Appalachian trail. Currently he is working with undergraduate students looking at the growth and carbon uptake of trees on Tusculum’s campus over an 80-year period.

In his free time, Jordan enjoys fishing, kayaking, and spending time with family.